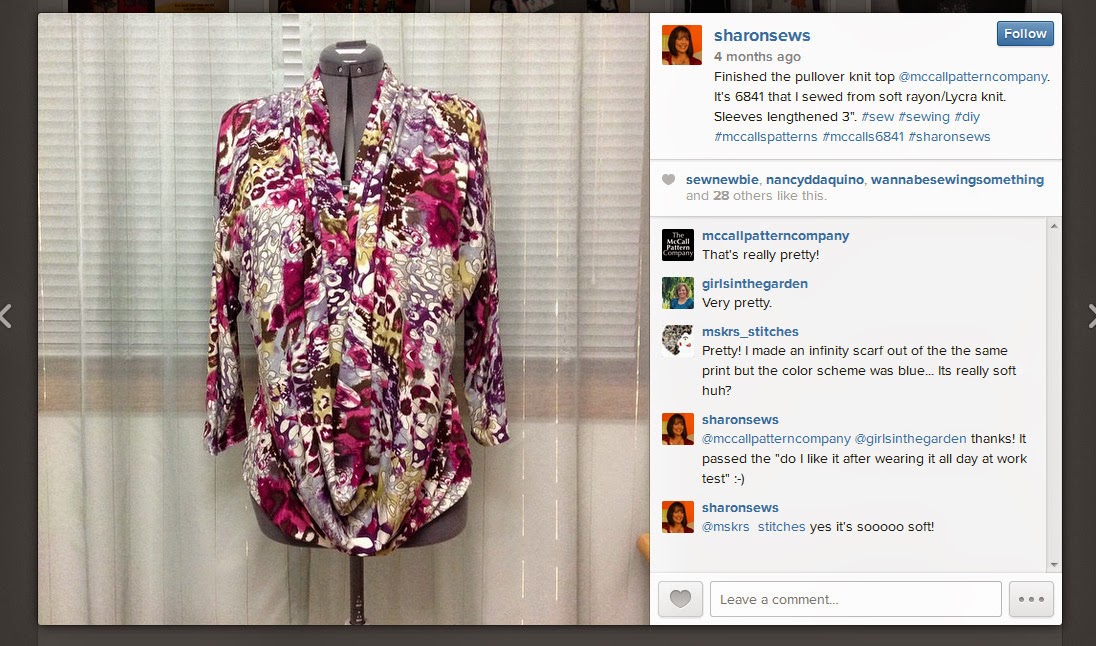 I can see that I am so much better at documenting my sewing projects via Instagram than I am on this blog. According to my Instagram feed, I finished sewing this McCall's 6841 knit top in November.  Actually I had sewn a version out of a shiny green knit about a year earlier, but decided I didn't like the color and never wore it or mentioned it online. This fabric - a colorful, super soft rayon knit - had been in my stash for a few years. I originally planned to sew a summer knit dress using McCall's 6519, but honestly I have soooo many summer knit dresses that I would not have worn it often in our short summer season. Instead I sewed this drape front knit top knowing that I could wear it to work with dress pants or just for kicking around with jeans. I thought I would get more wear out of it than I have. Since November I've only worn it half a dozen times. One of those times when I gathered with girlfriends during the holiday to make truffles (yummy!) foll
8 comments
Read more
More posts