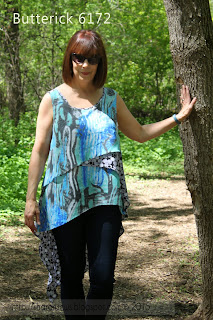 Ha!  Not exactly what I expected to hear when I modeled this for my hubby.

Yea, the back is long and asymmetric, and yea, I do care about his opinions. But I still like the oddness of this tunic and plan on wearing it this summer. 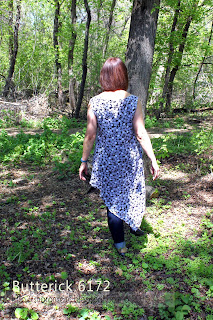 The pattern is Butterick 6172, view C.  The pattern is described as a loose-fitting, pullover top or tunic has narrow hem and shaped hemline variations. 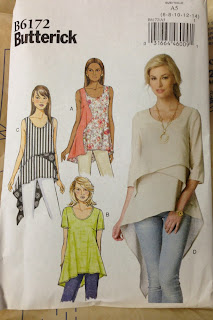 One thing I take into consideration when purchasing patterns is how simple it will be for me to do an FBA (full bust adjustment).  This pattern showed darts in the illustration so I knew it'd be easy to adjust. 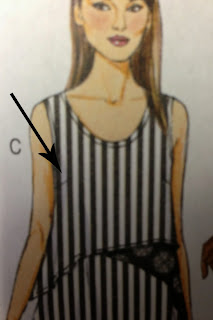 Except, that top layer does not have a dart. 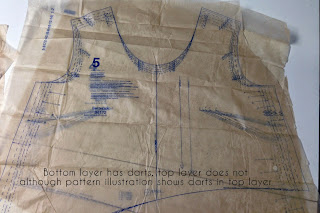 Soooo,  do I debated if I should add one or if there would be enough ease with out the dart. I choose to alter the pattern and add a dart.  Rather than alter both sides I traced one half of the top, did my FBA and traced a new complete pattern piece using the altered piece as a guide. 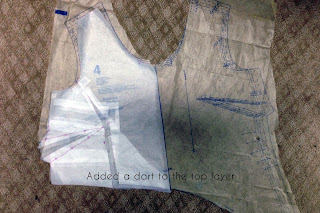 I used an large scarf (the blue print) and a polka dot rayon challis from my stash. I wasn't positive if I would like this or not so I didn't want to invest too much into the fabric.

There are three layers in the front each graduating in length.  The back is one solid piece. 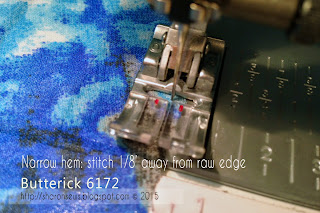 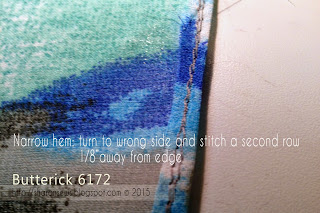 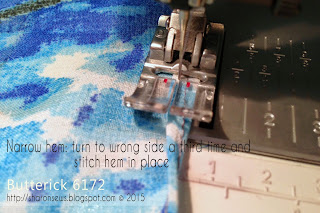 I eliminated the combination neck/armhole facing and finished those edges with bias binding instead. 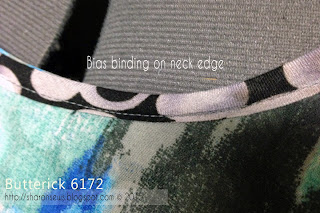 I know this is supposed to be loose-fitting, which it is, but I think it's a bit too large. I'll still wear it but the next version I'll go down in size, especially in the neck/shoulder area.  I'll probably bring that back up a bit too as I plan on wearing this with flats, not heels. The armholes are also a bit low and my bra peeks out a bit (which isn't too noticeable here as I'm wearing a blue one). 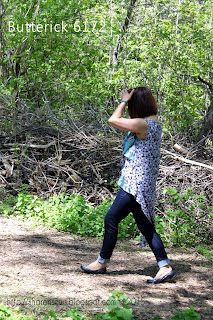 I'd recommend the pattern. It's a pretty quick sew, and the style is similar to what I've seen in local boutiques lately. 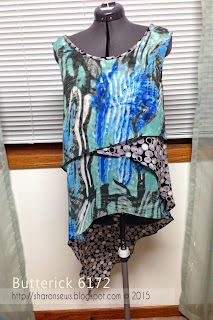 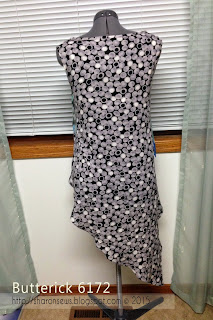