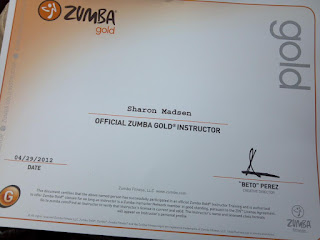 Can it be that I've really been away from the sewing blog world for two months?  Indeed it has been a long time and I feel as if I need to introduce myself all over again. Apparently I need to learn blogger again too. I've been away so long it has another new look! It's not that I haven't been sewing - I have been.  I've even taken photos.  But I haven't taken time to share them with you.  But I will. I've even been visiting your blogs to see what you've been up to. But I've been guilty of not leaving comments so you knew I was there.   But I will.  So what I have been doing? Well, one of my biggest time commitments has been preparing to teach Zumba.  Remember this post ?  I was so excited to become licensed to teach as I've been enjoying taking classes for more than a year.  Even more exciting was that an opportunity to teach presented itself almost immediately.   One of my girlfriend's approached the pastors at her church about
13 comments
Read more
More posts