- November 18, 2011
Vogue 1261, the Alice + Olivia knit tunic I shared with you on my last post, is designed to be fairly close fitting at the bustline.  For me that meant I would need do an full bust adjustment (FBA) to achieve the intended look.


On patterns that do not have a dart, like this one, I like to use the pivot and slide method to increase the bustline.

Here's how I do a pivot and slide FBA pattern alteration.

Cut the pattern out along the cut lines for the size needed. For this tunic I cut a small for the neck/shoulder and tapered to a medium from the bust to the hip. 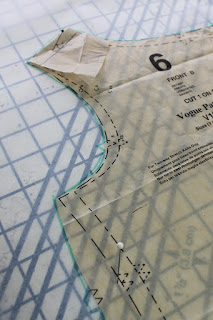 At the underarm area, measure the amount you want to add.  Make a mark on the tracing paper.  In my case I added 1" to each side front. 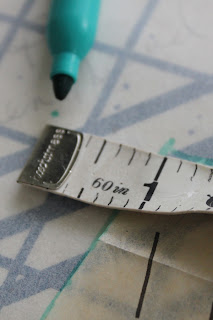 Place a pin at the shoulder seam where the seam lines would intersect. 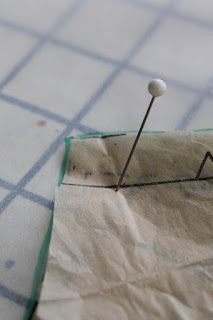 Pivot the pattern so the side underarm seam aligns with the mark you place on the paper.  Pin it to the board. 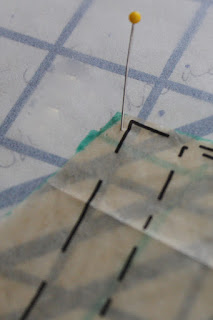 Trace along the armhole of the pattern piece. This is the new armhole cutting line. 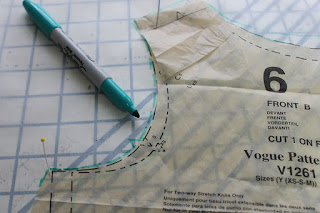 Remove the pin from the shoulder seam, but keep the pin in place at the underarm seam.

Pivot the pattern back to the original waistline.

Draw the new side seam.  My new armhole and side seam are shown below in black. 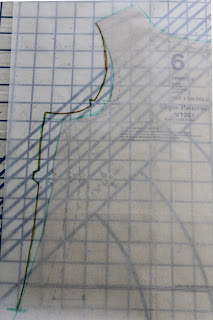 I know it sounds a bit confusing, and while you're doing the pivot and slides it looks like it won't work. But it will.

This provided just enough extra room in the bustline so as not to destroy the design line of this tunic. 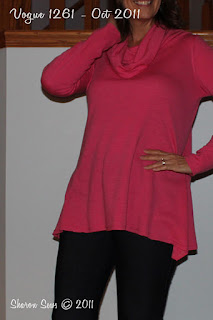