An uplifting day filled with "firsts" 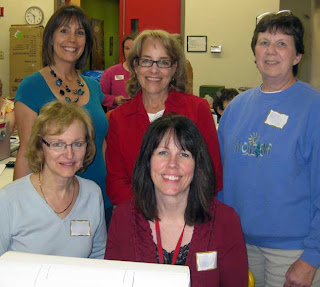 Yesterday was a day devoted to sewing. Nine to five sewing. Not so unusual in our world, right? Ah, but it was unusual for me. This was a day devoted to sewing something I had never, ever attempted to sew before. Ever. The truth was I was a bit intimidated by something that appeared to be difficult to sew. The first first What did I sew you ask? Why, a simple little bra. Those of you that have sewn these before are now falling over with laughter because you know how easy they are to construct. Those of you that have yet to construct one, rest assured, they are so much easier to make than you might think. Sewing a bra was my first first. The second first Not only did I sew my first bra, I spent the day sewing bras with 20 other women. I had never, ever spent a day sewing with one other person let alone an entire room! Sewing with others was my second first. The third first The workshop took place at the Textile Center. I'm almost embarrassed to admit that I l
18 comments
Read more
More posts